To fight a rising tide of depression and suicide, psychiatrists need to do more than just fill patients up with pills writes James S Gordon, a psychiatrist 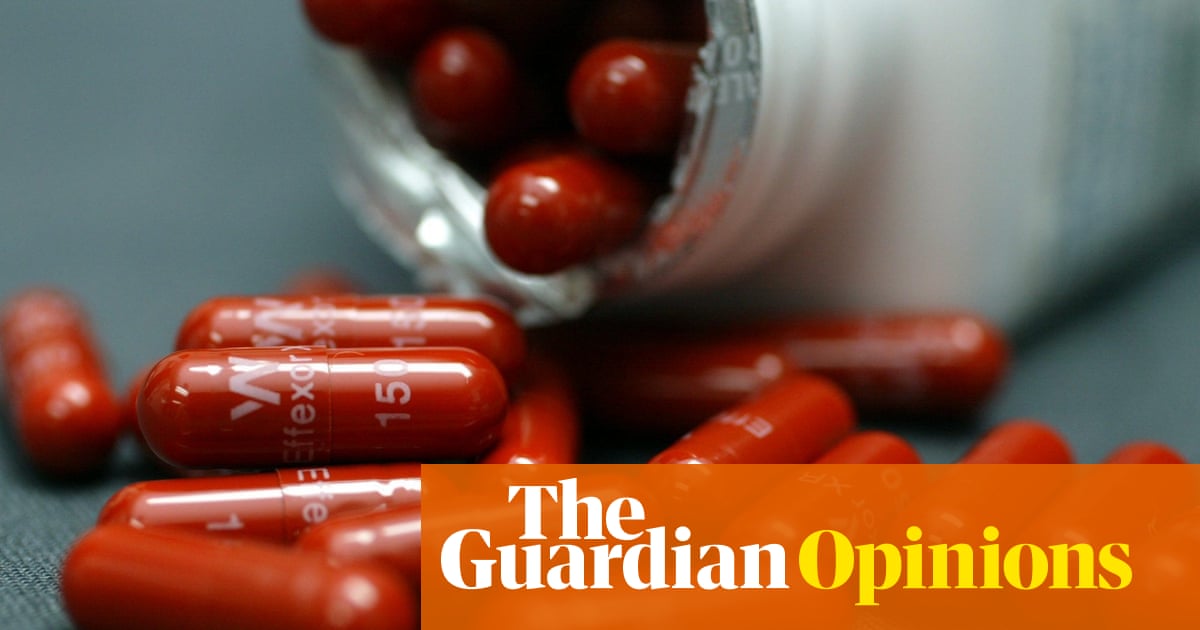 The New York Times recently published an important investigative report shining a long-overdue light on the painful, sometimes disabling experience of withdrawing from antidepressants drugs that millions of Americans have been taking, sometimes for decades

The recent deaths of Kate Spade and Anthony Bourdain threw into stark relief the human toll that depression can take. But the problem is complex, with multiple factors. We are seeing a striking increase in the number of Americans diagnosed with depression, and an accompanying increase in suicides. This is coupled with the promiscuous and sharply increasing prescription of antidepressants to 34.4 million Americans in 2013-2014, up from 13.4 million just 15 years earlier. And this pervasive prescribing continues despite the lack of proof of the drugs long-term effectiveness; their mixed results even with short-term treatment; the frequent side-effects weight gain, gastrointestinal problems and sexual dysfunction that are themselves depressing. Meanwhile, we are paying theprohibitive financial costs of depression an estimated annual average of $210.5bn in treatment and lost productivity.

These numbers raise critical questions: why are so many Americans becoming depressed? Why do rates of suicide, depressions dire and irreversible consequence, continue to increase by 25% since 1999 according to a recent Centers for Disease Control and Prevention report? Why are we treating vast numbers of these depressed and suicidal people with drugs that are of limited effectiveness? How can we do better?

Depression is characterized by low energy and despondency, negative self-esteem, pervasive pessimism, difficulties with eating, sleeping and sexual functioning, and helplessness and hopelessness. It is caused by biological, psychological, social and economic and spiritual challenges which are increasing in number and severity and often compound one another. These include decreases in social support and the loneliness that follows; high levels of stress about the economy, and the future; the hyper-competitiveness and hypercritical self-assessments of youth; sedentary lifestyles and poor diet; and our addiction to our digital devices.

The prevailing psychopharmacological treatment is based on the theory that depression is a neurotransmitter disorder. Pharmaceutical manufacturers and physicians are fond of making an analogy between depression and type-1 diabetes. The bodies of type 1 diabetics do not produce enough insulin, so diabetics receive insulin by injection. Depressed people, the analogy goes, are incapable of producing adequate amounts of neurotransmitters and must be prescribed drugs to increase them.

This is incomplete and misleading. Some depressed people may have lower levels of serotonin or norepinephrine. But no one knows how many, and doctors rarely measure these levels before prescribing drugs. A variety of emotional, social, nutritional and environmental factors affect a persons fluctuating neurotransmitter levels, which in turn affect how a person functions. In other words, low levels are likely to be the symptoms, not the cause, of depression. Unfortunately, the prevalent view of depression as a Prozac deficiency disease prevents many Americans from seeking out a more comprehensive, safe and effective approach, grounded in self-care and group support.

Meditation is fundamental to this approach. Slow, deep breathing relaxes our body, quiets our mind, and lowers the stress which often precipitates depression. It quiets activity in the amygdala, a portion of the emotional brain responsible for fear and anger, and enhances activity in the hippocampus, which mediates stress and memory and is damaged by depression. Meditation thereby promotes functioning and increases tissue mass in the frontal part of the cerebral cortex, where depression has inhibited judgment, self-awareness and compassion. Meditation also makes it easier for us to connect with others who may provide comfort, intimacy and support. It gives us perspective helping us see that what seemed insurmountable is manageable. It promotes compassion, and facilitates finding mood- and life-enhancing meaning and purpose.

Physical activity complements meditation. As a depressed person moves, she overcomes her inertia, releases tension and reclaims and enjoys a body that seemed alien, even hostile. Jogging, tai chi, yoga and dance all lower stress and stress hormones, may help rebuild the hippocampus and enhance activity in the frontal cortex. Exercise by itself can be at least as effective as drugs in relieving depression.

Food is a third healing ally. Deficiencies in vital nutrients that are low in the standard American, processed food diet are more prevalent in people with lower incomes, but widespread among all Americans. At least 30% of adults are deficient in vitamin D, preventing them from effectively synthesizing serotonin and making them more vulnerable to depression. Other nutrient deficiencies including folic acid, vitamins B6 and 12, magnesium, zinc and chromium may also play a crucial role in depression.

Populations high in omega 3 fatty acids (present in fish and fish oil) are less depressed, as are people with a healthy balance of bacteria in their intestine. Supplementing ones diet with vitamins, minerals and the gut-healing bacteria of probiotics may be crucial in relieving depression.

These self-care tools enhance the production of the neurotransmitters that drugs are aimed at serotonin, dopamine and norepinephrine without damaging side-effects. And the active engagement that self-care requires may itself be the most effective antidote to depressions hallmark symptoms of hopelessness and helplessness.

Speaking to a compassionate, knowledgable professional and participating in supportive, stigma-free, educational small groups also helps. This human support helps depressed people overcome loneliness and develop more effective strategies for dealing with self-defeating behavior, and encourages them to rediscover or discover connection, meaning and purpose. When we are suicidal, it can be life-saving.

Scientific evidence and common sense tell us its time to make comprehensive programs of self-care and human support the norm for relieving depression, promoting resiliency and renewing enthusiasm for life. Prescription drugs, which can sometimes be helpful, should be a rarely used last resort.