In Silicon Valley they say taking tiny amounts of the hallucinogenic drug increases creativity and productivity, but is it all in the mind? 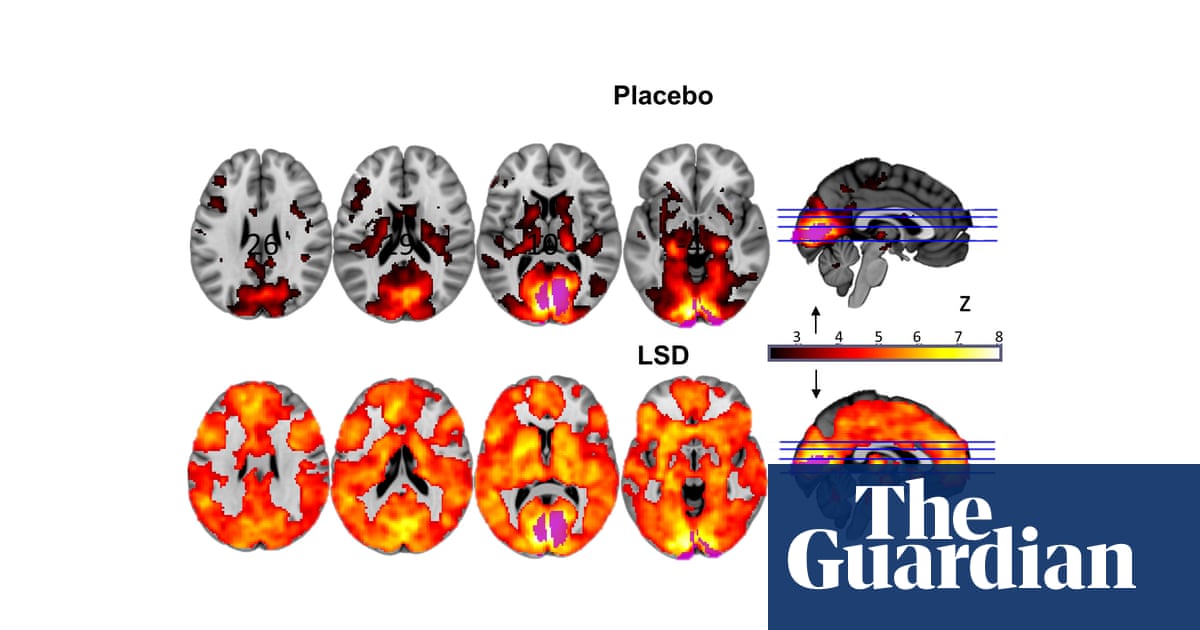 Silicon Valley geeks say it sharpens their thinking and enhances creativity. Other people say it lifts the fog of depression. A novel experiment launching 3 September 2018 will investigate whether microdosing with LSD really does have benefits or whether its all in the mind.

Microdosing using psychedelic drugs either LSD or magic mushrooms is said to have become very popular, especially with people working in the Californian digital tech world, some of whom are said to take a tiny amount one or more days a week as part of their routine before heading to work. Its not for a psychedelic high, though its to make them more focused.

Microdosers tend to use either tiny amounts of LSD as little as one-fifteenth of a tab or of psilocybin, the active ingredient in magic mushrooms. The study is recruiting just those who use LSD, because of the difficulty in disguising even ground-up mushrooms in a capsule.

But its illegal. So how many people are microdosing is unknown and there is only anecdotal evidence of the effects and any downsides. In a bid to learn more, the Beckley Foundation, which was set up to pioneer research into mind-altering substances, and the unit it funds at Imperial College London, will launch the first ever placebo-controlled trial of microdosing on Monday, 3 September 2018.

It will be unique, says Balzs Szigeti, the study leader. The cost and the illegality of LSD would make a conventional study prohibitively expensive. So he has hit on a way of running it by inviting those who already microdose to join a self-blinded study. They will take either what they usually use in a capsule or an identical dummy capsule instead, without knowing which is which. They will complete questionnaires and tests and play cognitive games online, and only at the end will they learn whether they were happy and focused because of LSD or because they thought they were using LSD.

The people who microdose right now are not an average random set of people from the street, he said. They are very likely to have used psychedelics before and have preconceptions about them.

You are doing something novel and exciting and that you believe in and you know you are doing it. It is absolutely no surprise that you are getting a positive effect.

Those who volunteer to take part will be sent a manual which describes in great detail how to set up the gel capsules some containing the tiny piece of blotting paper loaded with a small dose of LSD that they normally use and others that are empty and then randomly assign them over four weeks. Smartphone-readable QR codes in envelopes containing the doses for each week will reveal what was taken and when at the end of the trial.

The Swiss scientist Albert Hofmann, who first synthesised LSD in 1936 and began taking it years later, was said to have microdosed in his old age. Those who do it talk of a sense of flow and focus with none of the extreme hallucinogenic sensations associated with the drug. It has become popular in Silicon Valley as a way to increase creativity and productivity, said Szigeti. I was interested in this and looked at the scientific literature. To my great surprise I found there were zero studies on microdosing. If you go online there are hundreds and hundreds of people expressing very positive outcomes but this is completely novel terrain in scientific literature.

Amanda Feilding, director of the Beckley Foundation, has spent her life supporting research into psychedelic drugs. Since I first learned about LSD in 1966, before it was made illegal, I became aware of its great potential value for health and cognitive enhancement, she said.

She gets a lot of correspondence on microdosing from San Francisco, she said. I think it is spreading but it is impossible to tell how much it is happening because no one knows. There has been a lot of talk about it in the last few years. At low doses, she says she thinks of it almost as a psycho-vitamin.

I think it could give a boost to vitality, an improvement in mood possibly. People have reported that it has lifted their depression, while others say it makes them feel more excited about their work.

One cant and doesnt want to encourage people to microdose, but it is interesting to try to gather data in a slightly more scientific way from people who are doing it, she said.

David Erritzoe, who is working on the study with Szigeti, said it is in all ways an unusual project piloted with a small group of people. They found the self-blinding feasible. They could do it and they found it fun and stimulating, he said. Those taking part could break the blind themselves if they so wanted but, he said, hopefully they will be on board and try to get it right by following the manual. He and Szigeti say if the results are interesting, more conventional trials ought to be carried out.

← Fight a cold by … eating yogurt?
Athleisure, barre and kale: the tyranny of the ideal woman →