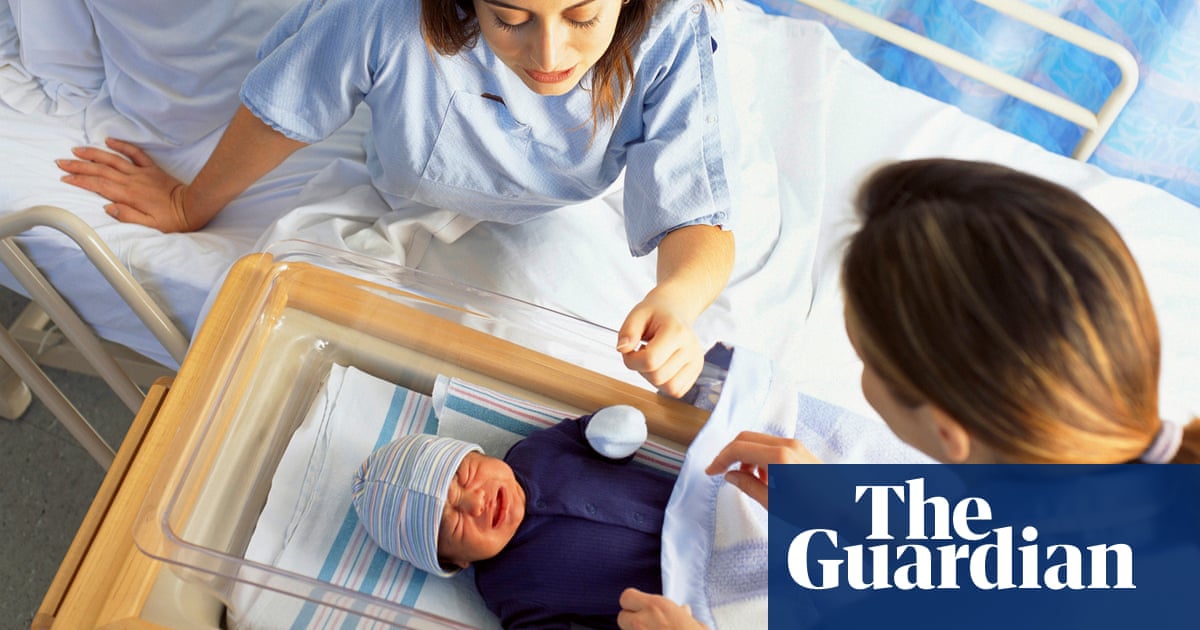 When Evelyn (name changed) found out she was pregnant, she panicked. Thanks to a criminal record, she struggled to find work. Without a regular job, shed been unable to rent housing and was staying in a single-room occupancy hotel in San Franciscos Mission District. That was after a stint living on the streets. And while she had technically been able to get insurance through Medicaid, with so much daily stress in her life, the added challenge of seeking out and affording regular prenatal care seemed insurmountable.

So when she was arrested and jailed after turning herself in for an outstanding warrant during the third trimester of her pregnancy and she began receiving prenatal care in prison, her incarceration felt like a blessing. I didnt get arrested, I got rescued, she later told Dr Carolyn Sufrin, the OB/GYN who cared for her at the San Francisco county jail.

For pregnant women like Evelyn who are poor, unemployed, marginalized and vulnerable, incarceration is their only shot at receiving quality healthcare care that can have a long-term impact on the health of both mothers and children.

Of course, the fact that, for some women in the US, incarceration offers the best opportunity for prenatal care is a sad commentary on this countrys lack of social safety nets. This shouldnt be the case, says Sufrin, who is currently on staff at Johns Hopkins Medicine. That people might feel more able to access essential services in jail really reflects the deficiencies in our healthcare system. But Sufrin has found a mission in working to improve care for the population that does. I can say that many of my patients expressed gratitude at being treated with dignity and respect.

For more than a decade, Sufrin has dedicated her career to working with and illuminating the plight of pregnant inmates. From 2007 to 2013, she provided clinical prenatal care at the San Francisco county jail and chronicled her experiences in the book Jailcare: Finding the Safety Net for Women Behind Bars. In 2016, she launched the ambitious Pregnancy in Prison Statistics project.

The project is the first in the US to attempt to quantify the experience of being pregnant in prison, with 22 state prison systems, six jails (including the five largest in the US) and three departments of juvenile justice reporting monthly on the number of pregnancies, births, miscarriages, abortions, stillbirths and other pregnancy outcomes among their female inmates. The goal? To figure out how to best optimize care for the 210,000 women currently incarcerated in this country and guarantee them the best health outcomes possible.

This analysis marks a crucial first step in addressing a justice system that, for the most part, does not provide pregnant patients with adequate or even humane healthcare. Because the system isnt governed by federal regulations, the level of care provided is left up to local officials and the discretion of individual prison and jail administrators. Women who do receive quality care are still the exception a reality Sufrin wants to change.

When Sufrin arrived at the San Francisco county jail in 2007, the jail was already providing quality prenatal care to inmates. It employed a nurse practitioner to care for pregnant women, and when more advanced clinical care was needed women were transferred to the county hospital. Sufrin was hired to provide some of this specialty care onsite, including ultrasounds, genetic screening and obstetrical consultations, she told the Guardian.

Since she left five years ago, the jail has continued to provide admirable prenatal care for inmates a full-time OB/GYN has remained on staff since her departure.

The jails prenatal care is comprehensive by anyones standards. When a female inmate first enters, she is offered a pregnancy test if she thinks she might be pregnant or if her period is late. If she tests positive, she is offered counseling and given the option of abortion or continuing the pregnancy. Pregnant inmates are then provided with a daily prenatal vitamin and meals that meet nutritional standards. They receive prenatal checkups at least once every two weeks and more often if needed. If a woman needs a higher level of care with an expert in maternal-fetal medicine, she is seen at a nearby tertiary care center.

When a pregnant inmate goes into labor, she is taken to a nearby county hospital to deliver and is allowed time to be with her baby while still in the hospital. The jail also offers a doula support program, so women can opt to have a support person with them during their labor a compassionate gesture, since they are not allowed to have any visitors with them in the delivery room. When she goes back to jail, the inmate is given the option to breastfeed at visits with her baby and to pump in between; she can elect to have a family member pick up her breast milk to provide to her baby.

The jail is considered the gold standard of what prenatal care in the countrys prison and jail system can look like. But many, if not most, prisons and jails provide non-evidence-based care at best and basically non-existent care at worst, says Sufrin. Thirty-eight states fail to offer adequate care for their pregnant inmates, according to her research, with pregnant women not receiving appropriate screening tests or care from a qualified provider and often having their labor symptoms neglected and ignored. Pregnant women are too often seen as a nuisance in the prison and jail system.

With no federal standards or regulating bodies overseeing any kind of correctional healthcare, she explains, local authorities carry the fates of pregnant inmates in their hands. There was a very strong sense of mission and serving a community and recognizing their role in taking care of the most vulnerable people in the city, she says of the San Francisco Department of Public Health, which oversees the county jails health services. But many jurisdictions jail health programs are administered through a local sheriffs department, and the level of care provided is often tied to budget. Jail isnt a healthcare provider, says Sufrin. Its a place to go to be punished and detained, but by default it can be a place to get more healthcare.

While she has heard anecdotally about other cities working to implement more comprehensive prenatal care programs in their prison and jail systems such as Chicago, as well as jurisdictions in Alabama and Minnesota Sufrin says it can be tough to determine who is doing a good job and who isnt because of the lack of national oversight or surveillance.

Sufrins primary goal is that her research will encourage both lawmakers and citizens to consider what research has shown to be a largely under-acknowledged population.

Pregnant women are incarcerated, and we need to address their health and other needs, she says. If we as a society have decided to incarcerate people, we need to make sure we take care of them and for pregnant people, that also means their fetuses and the children they will give birth to. I hope my research will give people pause.

This article contains affiliate links, which means we may earn a small commission if a reader clicks through and makes a purchase. All our journalism is independent and is in no way influenced by any advertiser or commercial initiative.
The links are powered by Skimlinks. By clicking on an affiliate link, you accept that Skimlinks cookies will be set. More information.

← Inside the secret network providing home abortions across the US
Now even worse: ridiculed bust of Cristiano Ronaldo gets a dreadful do-over | Eddy Frankel →