Chemotherapy can ruin peoples experience of food. Now chefs and scientists are devising healthy recipes to counter the treatments effects 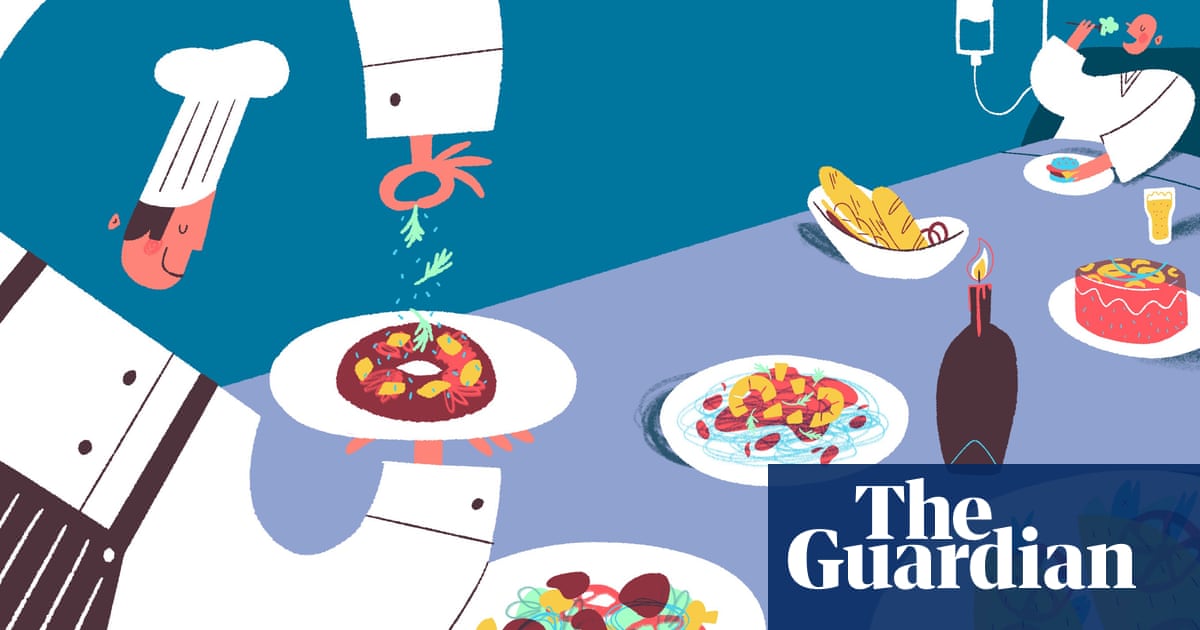 My dad made a spag bol one day and said he couldnt taste anything, says Tom Cenci. For Cenci, who is now executive chef at the London restaurant the Duck and Waffle, it was particularly painful to see his father, Michael, who was undergoing chemotherapy for prostate cancer, go through this: Food is one of lifes little joys, isnt it, and if you cant taste, then that makes an incredibly hard situation even worse, he says.

When he met his nextdoor neighbour, Ryan Riley, in 2016, they were both chefs and also the children of cancer patients. Cenci was aware of the work Riley was doing with Life Kitchen, a non-profit cooking initiative to help people with cancer and those caring for them, offering free cookery classes to chemotherapy patients at restaurants including River Cottage in Devon. Rileys work was inspired by his experience of caring for his late mother, and Cenci was moved to help.

The impact of cancer and its treatments on how patients experience food is the governing principle behind the pioneering research Life Kitchen is doing with Professor Barry Smith of the University of Londons Centre for the Study of the Senses. They are part of a surge in development in this area, from the University of Durhams study Altered Eating, about the enduring effects of head and neck cancers on all aspects of eating (from physiology and cognition to social life and identity), to the more consumer-focused Mamma Help, a Czech breast cancer advocacy group that recently brought out a beer for chemo patients. It contains apple (to counter the metallic taste that people in chemo commonly experience) and is rich in potassium and vitamin B. Although non-alcoholic, it nonetheless offers something of the social ceremony of having a beer, complete with a flavour and nutrient profile customised for its market.

It is not just those with cancer who can benefit from a more tailored approach to food people with dementia, stroke and head injuries can have trouble swallowing, which demands a special diet. Last month, it was reported that two hospital patients had died from choking after being fed foods unsuited to their conditions; indeed, in the past two years, 270 hospital patients have choked on inappropriate food. More often than not, this was down to a misunderstanding of the prescribed soft diet, which was interpreted variously to include things such as hash browns, mince and peas and sponge cake.

While having chemo, Cencis father found his appetite diminished and his tastebuds were muted. He started to eat much less, and what he ate fundamentally changed, too, in ways that proved helpful namely, a new appreciation of wholesome home-cooked food.

Cenci is aware that not all chemo patients have chefs for children, and Life Kitchen will offer free cookery classes at the Duck and Waffle (from 7 August). When he tells me the dishes that guests will learn to make duck doughnuts (with pineapple jam) and pineapple tacos they dont strike me as potentially staple go-to recipes that chemo patients might need. But he explains that they were developed in response toSmiths research. If there is one thing that stands out about both recipes, it is their host of punchy flavours, which include chilli, mint, coriander, spring onion, paprika and, of course, pineapple.

Smith explains that pineapple contains ethyl butyrate, a chemical that gives the fruit a flavour profile that, although not liked by everyone (he says overripe pineapple can be gag-making), has also been known to mask that metallic taste. Smith is quick to emphasise, however, that everyones response to chemo is different and that a one-size-fits-all solution to the challenges imposed on eating doesnt exist. We only know two things for certain: that chemotherapy involves high doses of toxic chemicals that kill off cancerous cells but that do other aggressive harm to you and that that harm includes a sensory dulling.

The form that sensory dulling takes depends on the individual with regard to food, it could mean a metallic taste, or no taste at all; it could mean losing your sense of smell, a sore or ulcerated mouth, sickness, or dryness to the point of triggering the choke reflex. Smith tells me that his goal is to make a toolkit, a giant look-up table, essentially a route map of symptoms with suggestions for what would help with each one.

People with chronic dryness need not be limited to a liquid diet, says Smith, because the glutamate in umami ingredients the likes of miso, soy, mushrooms, balsamic vinegar helps to stimulate saliva. What is more, spice and some herbs are proving effective in compensating for sense of smell, which is integral to our experience of taste and drives appetite. As Smith puts it: Ahuge part of what we call taste is due to smell, and with it comes the pleasure of anticipation. For this, Smith says, they use chilli, ginger, pepper and mint to stimulate the endings of the trigeminal nerves (from under your ear to your eyes, nose and mouth), which become mildly irritated and give a sensation mustard is hot, mint is cool, and so on creating the illusion of, or something like, taste.

Smith and Riley are also piloting various workarounds to compensate for missed flavours mostly sweetness, because sugar is thought to feed tumours and so is ruled out for cancer patients. Vanilla, a spice associated with sugary products (chocolate, custard, ice-cream), is proving helpful with this, leading patients to perceive more sweetness than is there.

Tailoring food to the condition is now also on the radar of the Better Hospital Food campaign, run by Sustain, the alliance for better food and farming. CEO Kath Dalmeny cites Kingston hospital NHS foundation trust as an example of a hospital that goes out of its way to cater to particular needs: It changed its maternity catering to provide plated food to patients day and night, introduced finger food to make it easier for dementia patients to eat and provides pictorial menus for patients with language difficulties, she says.

There is evidently a long way to gothough, not least in impressing onan increasingly strained NHS theneed to tailor patients diets notonly to their condition, but to theindividual.

Also down to the individual or those that make it through their treatment is whether their eating returns to normal. Now that Michael Cenci has finished chemo, his taste has started to return, but the eating habits he picked up during treatment have stuck his son says he eats less, and more healthily.

Does food ever regain its magic? I ask Smith. Does the wonder of taste or smell come back? In remission, some appetites will have changed irreversibly, he tells me. But, sometimes, that can be for thebetter.