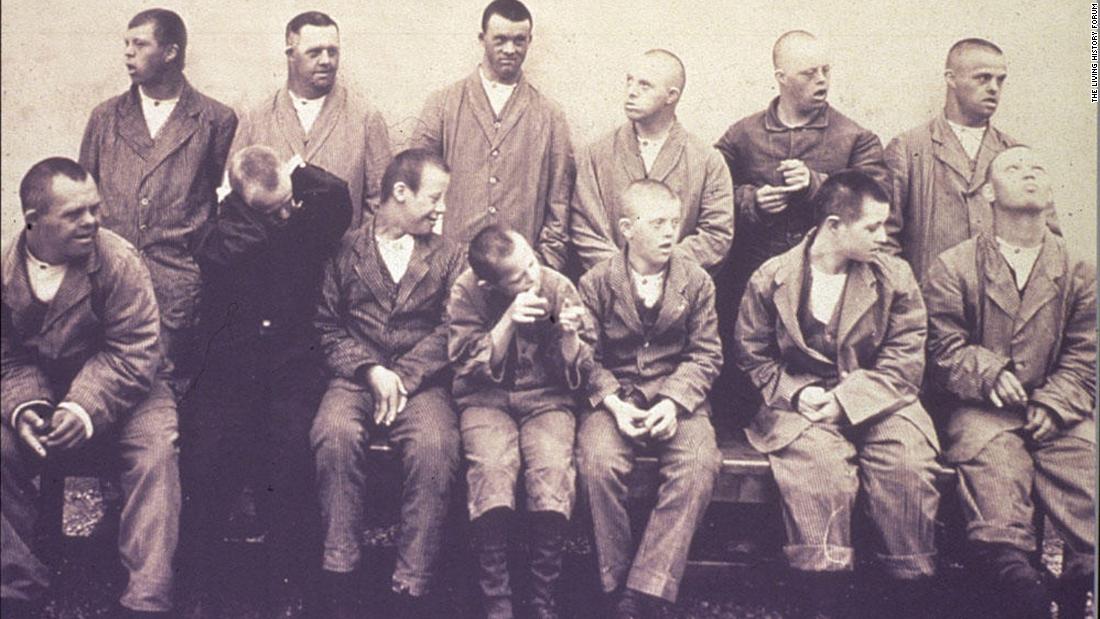 (CNN)Today it sounds like a Halloween horror story, concocted to scare children out of eating too much candy.

“I’ve seen dental records of this. Every tooth was black,” said Swedish journalist Thomas Kanger, who has written about the children. “I’m talking about every tooth damaged and it went on for years.”

An epidemic of cavities

In Sweden in the 1930s, studies foundeven 3-year-old children had cavities in 83%of their teeth. Such extensive decay wasn’t unusual; dental care was very poor in most countries.
Treatment was basically non-existent and rotting teeth were typically pulled. Toothlessness was so prevalent in the United States that the military restricted recruits for World War I and World War II to men who had six intact opposing teeth. 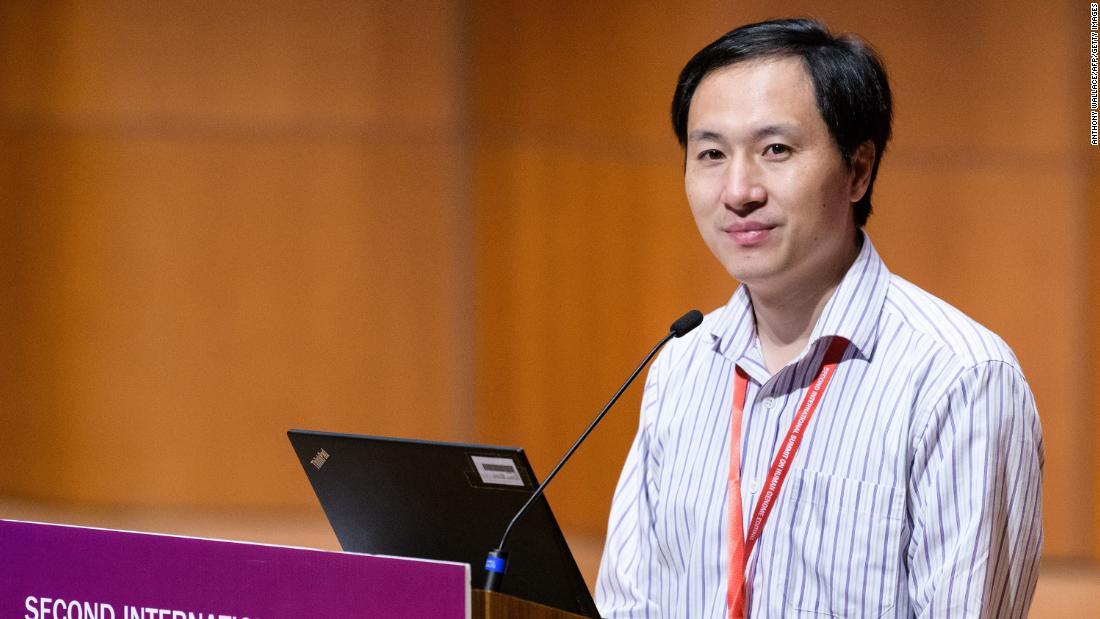 It sounds curious now, but in the early 20th centurydentists were divided on the cause of dental decay. Was it due to an underlying disease? Was it due to overall diet? Or was it due just to sweets?
Clues pointed to the role of sweets: Orphans in childrens’ homes too poor to provide sweets had fewer cavities than the general population; dental decay among conscripts declined during sugar rationing in WWI.
Facing a national epidemic of tooth repair too expensive to undertake, the Swedish government decided to focus on prevention, and commissioned a study on the role of diet and sweets. It was funded by the sugar industry.

The perfect place to perform such a study, they decided, was the Vipeholm Mental Institution, a large facility just outside Lund, Sweden. In 1935 it had been turned into a home for people with severe intellectual and developmental disabilities. 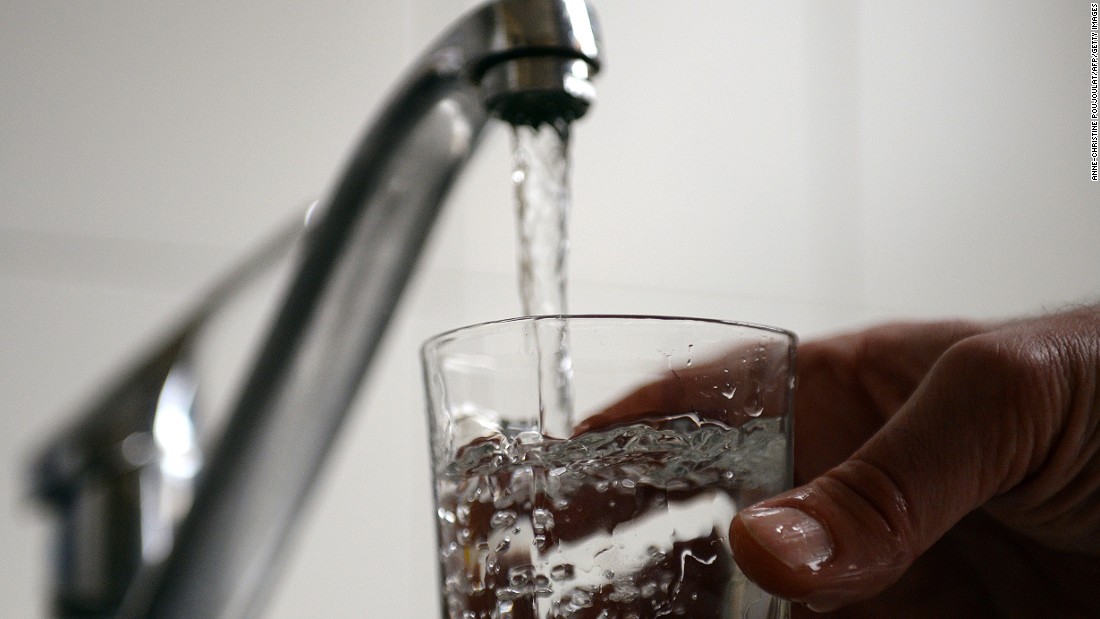 “These ‘idiots,’ which was a medical classification at the time, were gathered from smaller wards all over the country,” Kanger explained. “In the beginning they had 650 people and it grew up to over a thousand.”
In medical terms at the time, an “idiot” was a person with an IQ below 25, who functioned at the level of a normal toddler. An “imbecile” had a IQ of between 26 and 50, whose intelligence was about that of a child of seven. “Morons” functioned at about the intellectual level of a child of 12.
These “children” typically ranged in age from 15 to 70, Kanger said. Average life expectancy was low.
“There were big, big halls where they actually were just running around, with no activities at all at the start,” Kanger said. “They were bathed in cold water if they were too troublesome. Some of them lay in beds all the time.
“In the beginning, it was actually a terrible place for most people. It became better over the years, with more therapies,” he said. 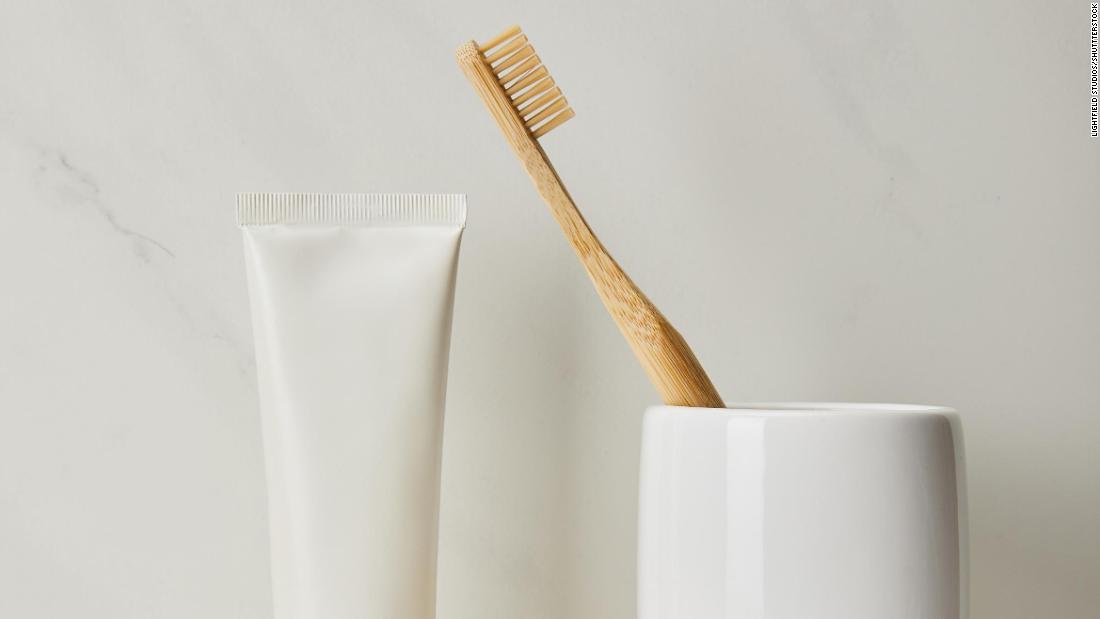 Hugo Fröderberg was the only physician for the hospital until 1942. He kept copious notes on each of the patients and he had his own zero to six ranking for the mental capacities of each, Kanger said.
“He rated the zero group as ‘biologically lower standing than most animal species,’ considering them vegetables,” Kanger said. “He thought groups one to three may have a certain spiritual life, but were otherwise ‘unimaginable.’ “
Two-thirds of Vipeholm’s patients during WWII were from these four lowest groups, Kanger said.
Those at mental levels equivalent to elementary or pre-teen children were allowed to work at jobs “no other people would like to undertake” such as laundry, cleaning and growing a garden, Kanger said.
It was these patients, who could chew and feed themselves, who were typically recruited for the dental study.
“The lower functioning groups just swallowed their food,” Kanger said. “I can see in the journals they were not subjected to the cavity tests, because they had to chew the toffees. That was the whole point of it.”

At the beginning of the study, the children’s teeth were closely examined. It was noted that their teeth were in much better shape than the Swedish population as a whole.
During the first two years of the experiment, the children were given little starch and half the average consumption of sugar in a typical Swedish diet. Vitamins A, C and D, along with fluoride tablets were given, and no food was allowed between meals.
At the end of this period, 78% of the children had no new cavities. 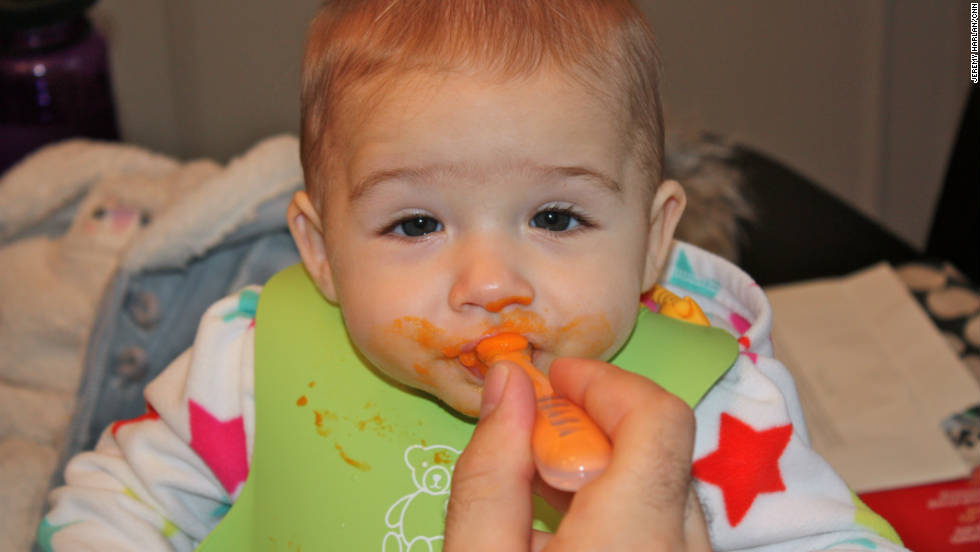 Over the next two years the children were given twice the amount of sugar typically consumed in Sweden, administered in several ways. One group ate sweet, sticky bread made with extra sugar with their meals, another group drank beverages with 1½ cups of added sugar at meals, and a third group ate chocolates, caramels or sticky toffees between meals.
The sticky candy group was further divided into children who ate 8 or 24 pieces of toffee between meals. The toffee was developed specifically to stick better to the teeth.
The results? “The [tooth decay] was high in groups which received sugar in sticky form between meals. In the Control, Sucrose and Bread Groups the activity was still low and of the same order as during the Vitamin Study,” the study authors wrote. 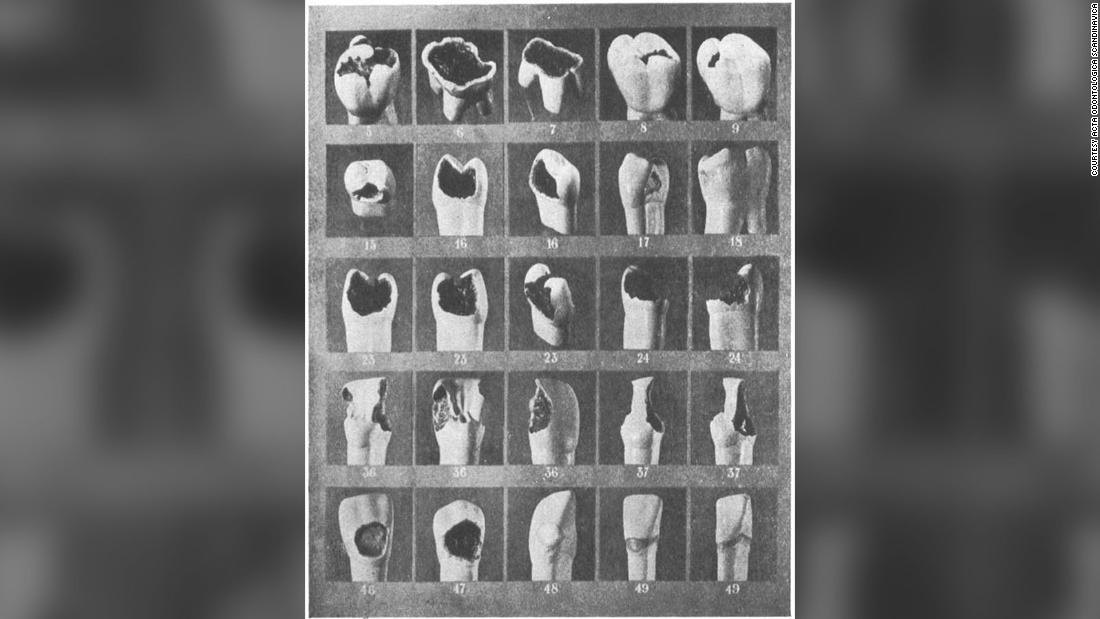 In both toffee groups and the caramel group, the increase in cavities occurred immediately after the children began eating them, the study added.
“They were given toffees or caramels that stuck in their teeth,” Kanger said. “The teeth were destroyed. And after they were ruined, these people were in terrible pain. It was actually horrible.”
Kanger said records show researchers decided not to fix the teeth for “those who could not cooperate with the fixing procedures (like being scared of the drill). They also chose not to fix the teeth among many of the ‘lower’ categories of patients.”
They did fix the teeth among many of the “higher” categories, he said. But in many cases the teeth were pulled out instead of being fixed.

Today, the thought of ruining anyone’s teeth for an experiment is unthinkable. But it wasn’t long ago that people with disabilities were considered subhuman by many, making experimentation morally acceptable to some.
“Anyone with disabilities were seen as not fully human at the time, so they had fewer rights,” said Art Caplan, the founding director of the Division of Medical Ethics at New York University Langone Medical Center.
“They were also seen as owing the state for their care,” he said. “The attitude was: We’re taking care of you, so you have an obligation back to the community. And one way to discharge that debt is by being in this kind of experiment.” 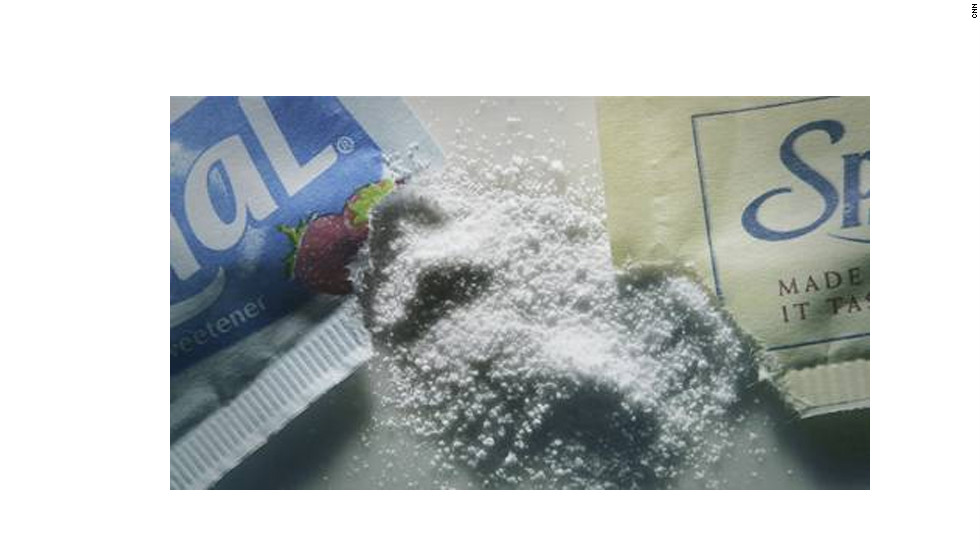 In a paper written 50 years after the study, one of the authors defended the work. The study was planned before the Declaration of Helsinki, wrote retired professor of cariology Bo Krasse, at a time “when information in society was far more limited than it is today.” The Helsinki Declaration is a document adopted by the international medical community on the ethics of experimentation, first written in 1964.
“We dentists did not see any ethical problems with the study itself,” he wrote, disagreeing with Kanger’s view of the level of destruction of the teeth. “Many of the new cavities which developed during the carbohydrate periods were only early enamel lesions, which today are remineralized by topical fluoride applications.”
As a result of what was learned from these patients, Krasse wrote, research began on sugar substitutes, including artificial sweeteners. The study has been used to prevent cavities in many school children and has been cited numerous times by other reviewers, he said.
In Sweden it also jump-started a national campaign to reduce the amount of sweets eaten by children. It soon became a tradition in Sweden to encourage children to only eat candy at home on Saturday nights while listening to a popular radio program, wrote Krasse.
“The recommendation ‘All the sweets you like, but only once a week’ also spread to other countries,” he continued.
“My reflection now is that the Vipeholm Study illustrates two well-known sayings: One, the end sometimes justifies the means, and two, it is easy to be wise after the event.”

← No one believed him when he said he hadn’t been drinking. Then researchers found his body was producing alcohol
Blue spaces: why time spent near water is the secret of happiness →