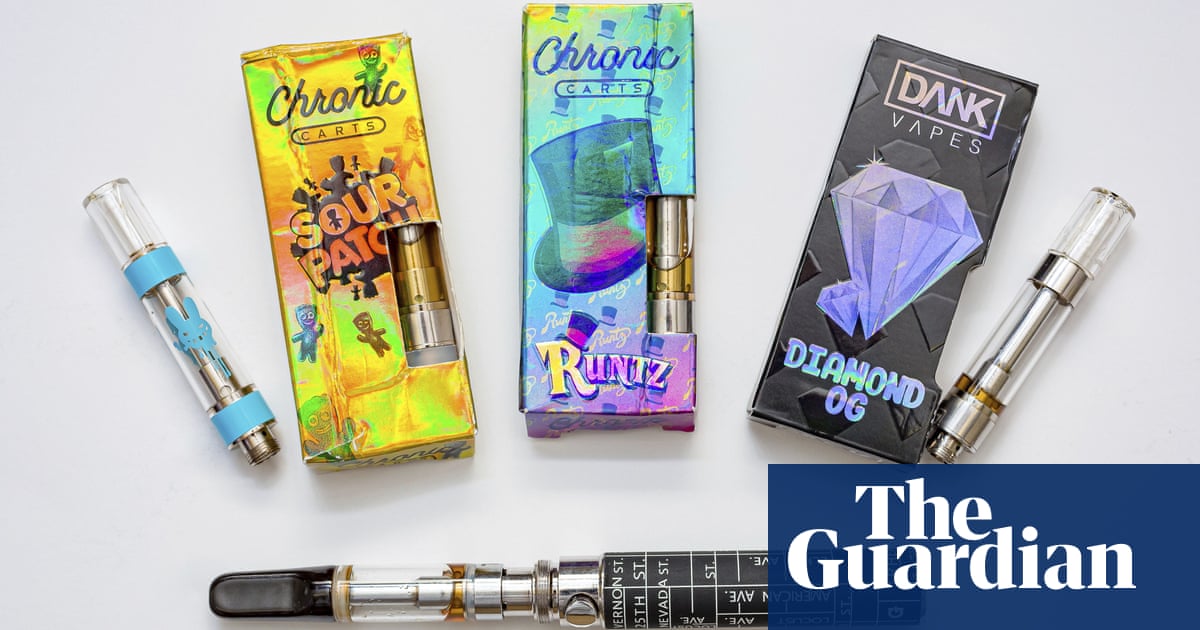 The outbreak of vaping-related illness in the US was probably caused by people using THC from cannabis cut with vitamin E acetate in their e-cigarettes, experts have said.

A paper in the New England Journal of Medicine shows that 94% of fluid samples from the lungs of 51 people in 16 states who developed breathing problems after using e-cigarettes contained vitamin E acetate. There was none in samples from people who used e-cigarettes without THC, the component of cannabis that gives the user a high.

Experts say vaping in itself was probably not to blame for the spate of illness that the Centers for Disease Control (CDC) in the US says has so far affected 2,500 people, causing 54 deaths.

The timing of the surge in emergency cases, peaking in September, also provided a clue. In Minnesota, the papers authors says, THC-containing products seized by law enforcement officers in 2018 did not contain vitamin E acetate. In September 2019, all of them did.

The addition of vitamin E acetate to product fluid began to appear in the illicit market in late 2018 or early 2019 and gained popularity in 2019, say Dr Benjamin C Blount, from the CDC, and his colleagues.

Pure THC oil has a viscosity like that of vitamin E acetate. Cutting THC oil with vitamin E has been reported to be common in the illicit market.

UK experts say the paper shows vaping nicotine, rather than THC, will not cause life-threatening lung damage. The anti-vaping fear-mongering should now be put to rest, said Prof Peter Hajek, the director of the tobacco dependence research unit at Queen Mary University of London.

A particularly informative finding is that, out of 11 patients who denied using cannabis, nine had THC in their system and the remaining three were probable EVALI [vaping-related lung injury] cases that the authors suggest have been misdiagnosed.

Jacob George, a professor of cardiovascular medicine and therapeutics at the University of Dundee, said: The lung injury seen in the US is not related to the nicotine replacement e-cigarette devices sold in UK high streets, although the authors correctly point out that increased nicotine salt exposure may potentially be detrimental also.

The key message is that the comparative risks of tobacco cigarettes are still significantly higher than e-cigarettes. Non-smokers should not try e-cigarettes but tobacco smokers could switch to e-cigarettes as a harm reduction measure.